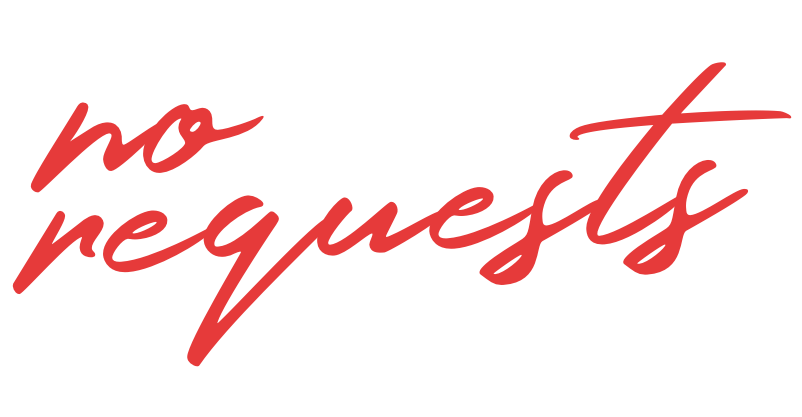 The house music and techno night club in the heart of Portland.

All house music and techno events in Portland will be posted here first. Our shows are 21+ events. 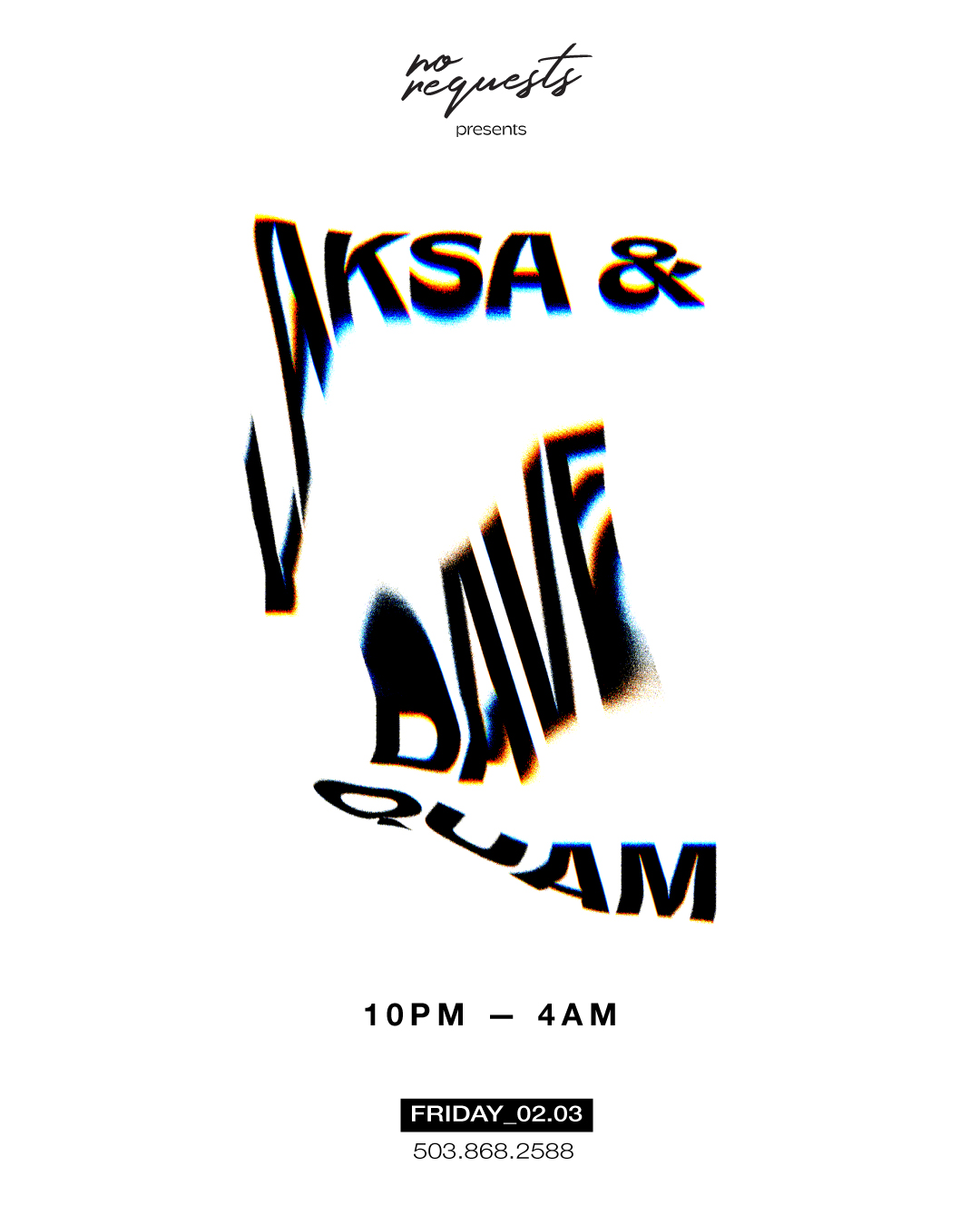 Laksa is a Bristol artist, now living in London. His innovative brand of euphoric groovers have been making an impact on dance floors since his early EP’s on Beneath’s Mistry and Batu’s Timedance back in 2015/16. He has now garnered support beyond London and Bristol, landing himself a place on  Ilian Tape with two 12″s – Camo and Delicates. His hybrid sound effortlessly blurs the lines between breaks, techno and bass, a skill he translates directly into his DJ sets, regularly playing alongside respected DJ’s and producers. 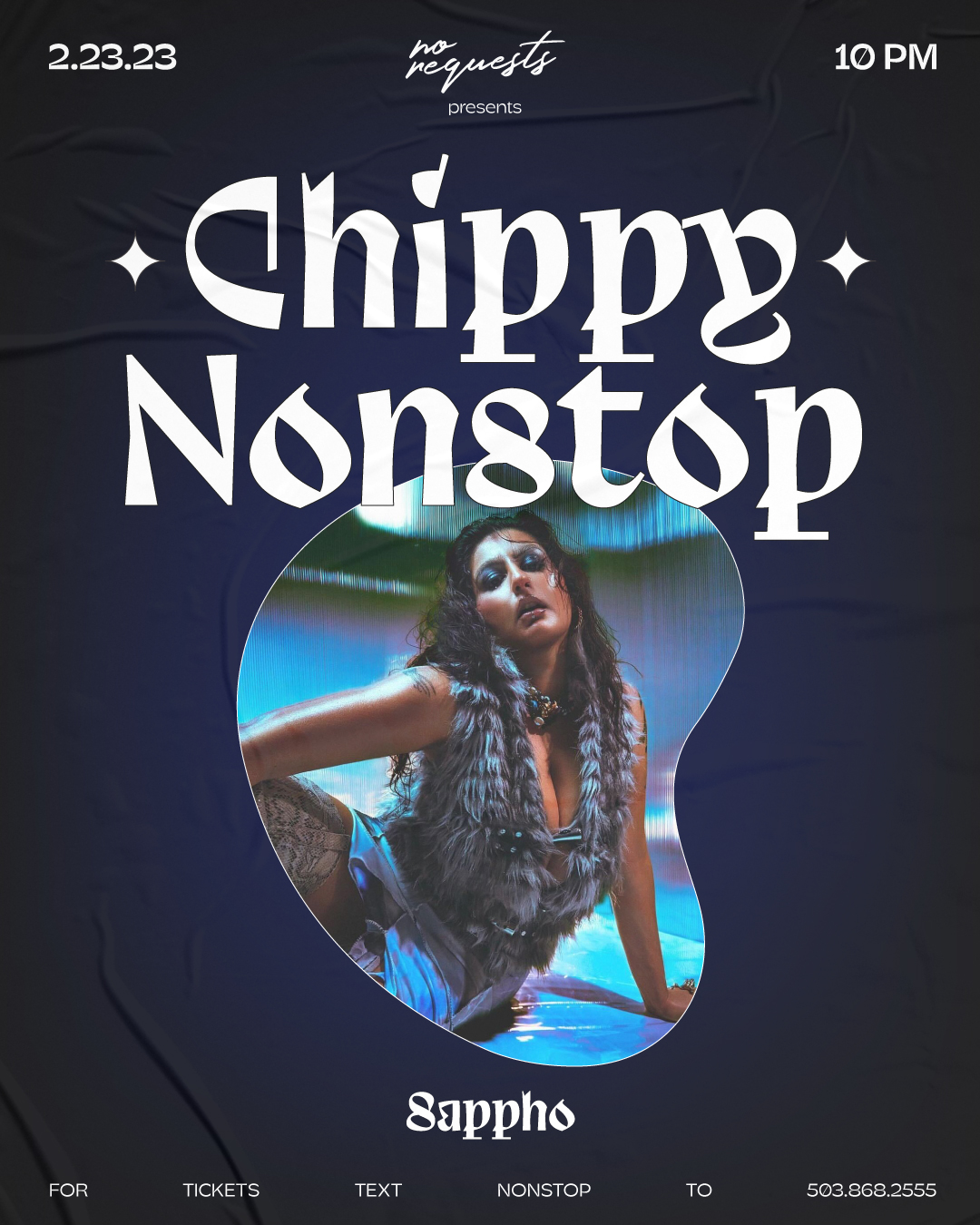 Chippy Nonstop got her name for a reason. She is an audacious, undeniable party starter with a penchant for travelling the world and always bringing her unique energy.

As a sound selector she makes the dance floor shake, but there’s much more to the story. Chippy is a DJ, rapper, songwriter, writer, producer, activist and organizer of community events. She is of Indian descent, but is more of a cultural nomad; she was born in Dubai, grew up in Zambia, has citizenship in Canada, lived in Los Angeles, Oakland, New York, and currently resides in Toronto after a very public deportation; (Fader’s coverage here). Chippy Nonstop is currently working on new music-related endeavors including a project called ‘Intersessions’, a sound initiative curated by and for women & the LGBTQ+ community. Chippy strives for balanced representation in music by producing these global workshop. 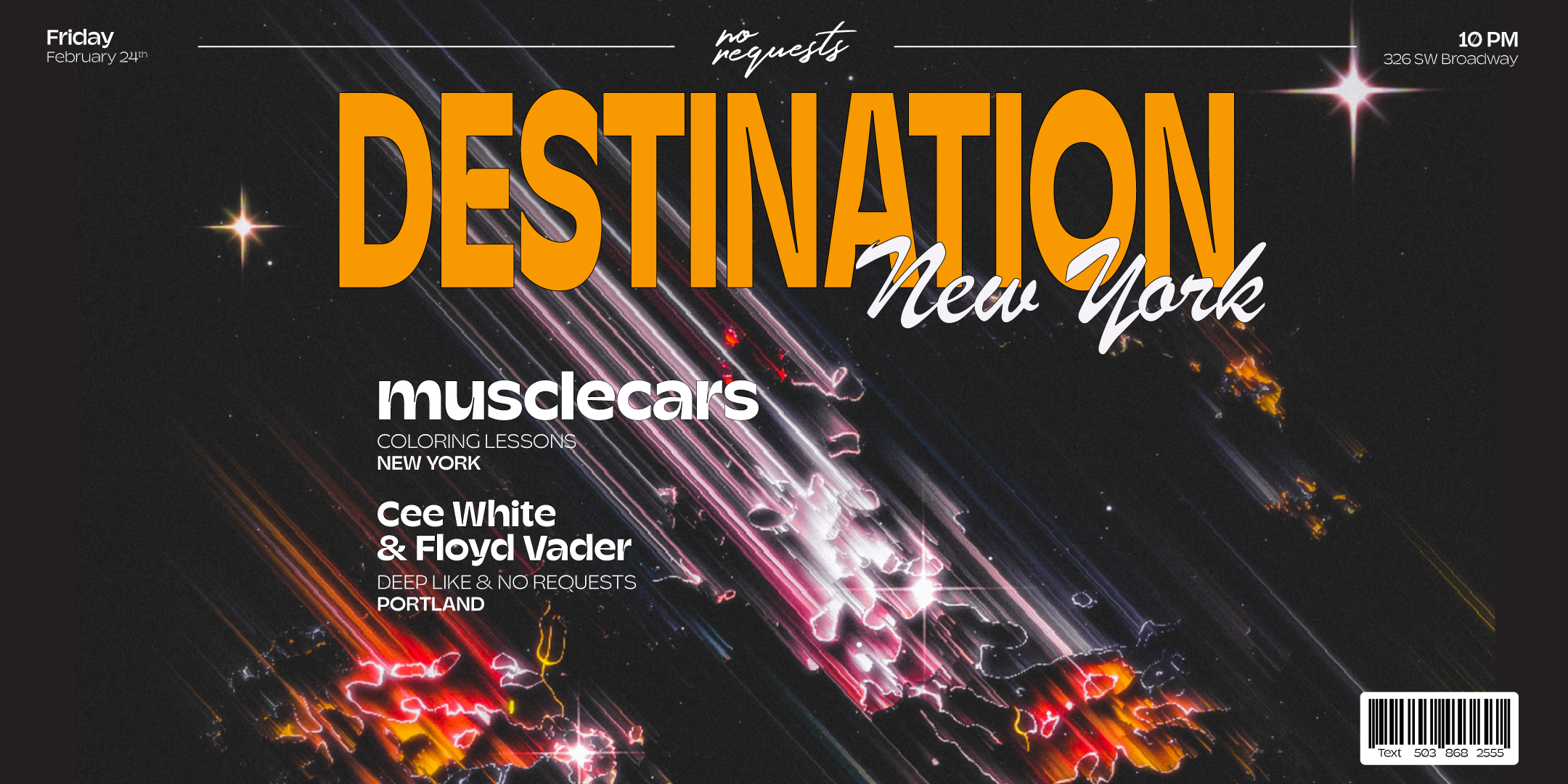 Native to New York, musclecars is a DJ / Producer duo consisting of Brandon Weems and Craig Handfield. As musicians, they equally share an admiration for the art form. Their desire to blend genres and express their appreciation for music is focused around their community- the end goal is to bring people together. Through a regular stream of high quality mixes, they have begun to turn heads in underground circles.

In 2018 they launched ‘Coloring Lessons’, a party that was aimed to add value to their city’s nightlife culture. While the party and sound is not genre specific, it is heavily focused around house, disco, jazz, and soul, embracing the musical elements of their black and brown ancestors. The monthly party's intention is to bring New York City's dance music scene back to what it was during the golden era of NY nightlife. They aim to spread the music that has been influential to them, and share it with a younger generation of their peers. 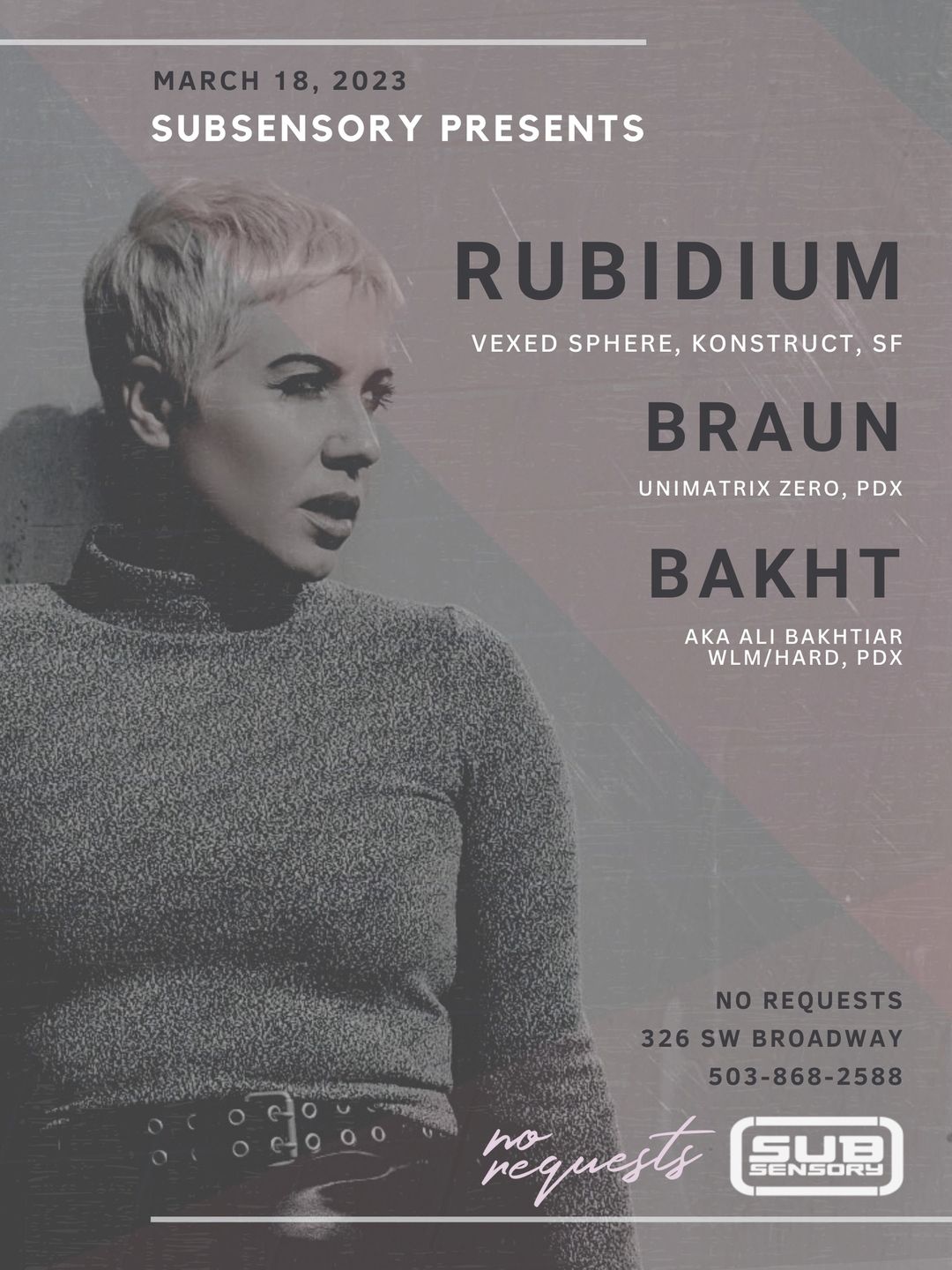 SubSensory's techno event series is back with the PDX debut of SF-based techno artist, organizer and label boss, Rubidium!

Rubidium is a DJ and producer, and founder of the Vexed Sphere imprint. She is also a resident, promoter and co-founder of the Konstruct bimonthly party in San Francisco. Vexed Sphere is a techno music label featuring artists based in North America. Both digital and vinyl releases are in the works, however each digital release will additionally feature a limited edition, tangible, collectible item. 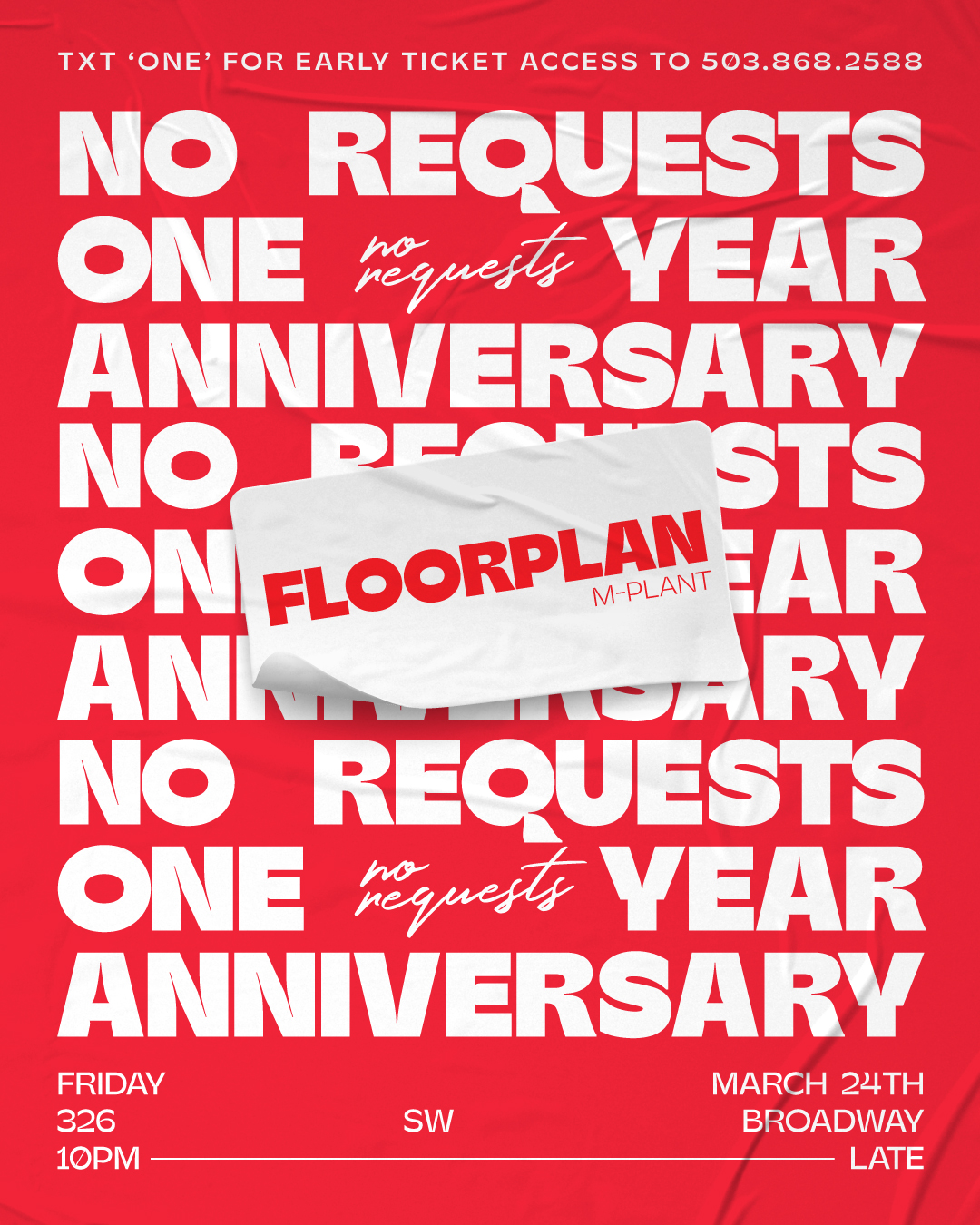 One Year Anniversary with Floorplan

It's hard to believe that we opend almost a year ago.Thank you for your support, love and grace as we went on this journey together. For our first anniversary we have planned something very special: Floorplan.

Floorplan is the father-daughter duo of Robert & Lyric Hood who have re-positioned the euphoric feel of gospel into their disco, funk and soul styled house across the world’s dancefloors.

Their latest album ‘Victorious’, the second Floorplan album that fell hot on the heels of the hit single ‘Music/Tell You No Lie’, was released in June 2016 on Robert Hood’s own M-Plant imprint. The album is the follow up to 2013’s ‘Paradise’ which spawned ‘Let’s Ride, ‘Baby Baby’ and the massive ‘Never Grow Old’

In the world of techno Robert Hood needs little introduction. Over the last 25 years his many benchmark productions have shaped the future of electronic music, in particular the unique minimalism he has made his own. For Lyric Hood, the journey begins. Having watched her father DJ the world over from the shadows and numerous appearances in the Floorplan DJ set she now comes centre-stage as co-producer and performer in the continous Hood (r)evolution.

“Hear my soul speak, is the only way I can describe the way I feel about Floorplan, (Victorious) music is in my soul, my blood, I eat and sleep beats, music, rhythms, it’s in my DNA.” Lyric Hood

The Floorplan project first came to light in 1996 when Robert Hood used it to announce his Drama imprint with the highly sought after ‘Funky Souls’ EP (subsequently re-issued by Rush Hour in 2010). Lying dormant for over a decade, the late 2000s saw a revitalized Hood re-establish Floorplan into what may well now be his most widely known musical outlet.

In 2021, a group of friends were out late one night in Portland, looking for a night club to listen and dance to amazing house music artists and DJs.

We weren’t just looking for any club. We were looking for a house music oasis, a house music night club. A place that consistently embodies the club culture we grew up with, where house and electronic music is enjoyed by everyone, without intolerance or judgement. But… we couldn’t find it in the way we wanted.

We were an eclectic mix. Passionate house music DJs influenced by the European club culture and night clubs, event curators and long time DJs from Portland, and transplants from all over the world who now call Portland home.
‍
One day, we came together to create a new night club concept based on our experiences and our love of house music. As an eclectic bunch of house music lovers, we know that diversity has always been at the heart of club culture and house music. Celebrating and respecting everyone regardless of religion, race, physical ability, nationality, ethnicity, sexual orientation, or gender identity is the foundation of club culture.

After months of creative planning, we decided to contribute to the house music scene in Portland in a very special way and open a club called No Requests.

At No Requests, we follow a radically open dance floor and door policy. We ensure that all of our house music events embody the club culture that we love, believe in, and want to foster, while keeping our guests as safe as possible during this time of ambiguity.

Our commitment is to consistently showcase the best Portland-based house music DJs as well as regional (Oregon), national, and international house music DJs, while celebrating diversity and equality, and constantly innovating the experiences and services at No Requests.

And by doing so, Portland's club culture and house music scene will be globally recognized as one of the top destinations for house and electronic music.
‍
No Requests, and no regrets.

We will livestream all of our shows from the club in Portland. Tune in.

Our local Portland based resident DJs. 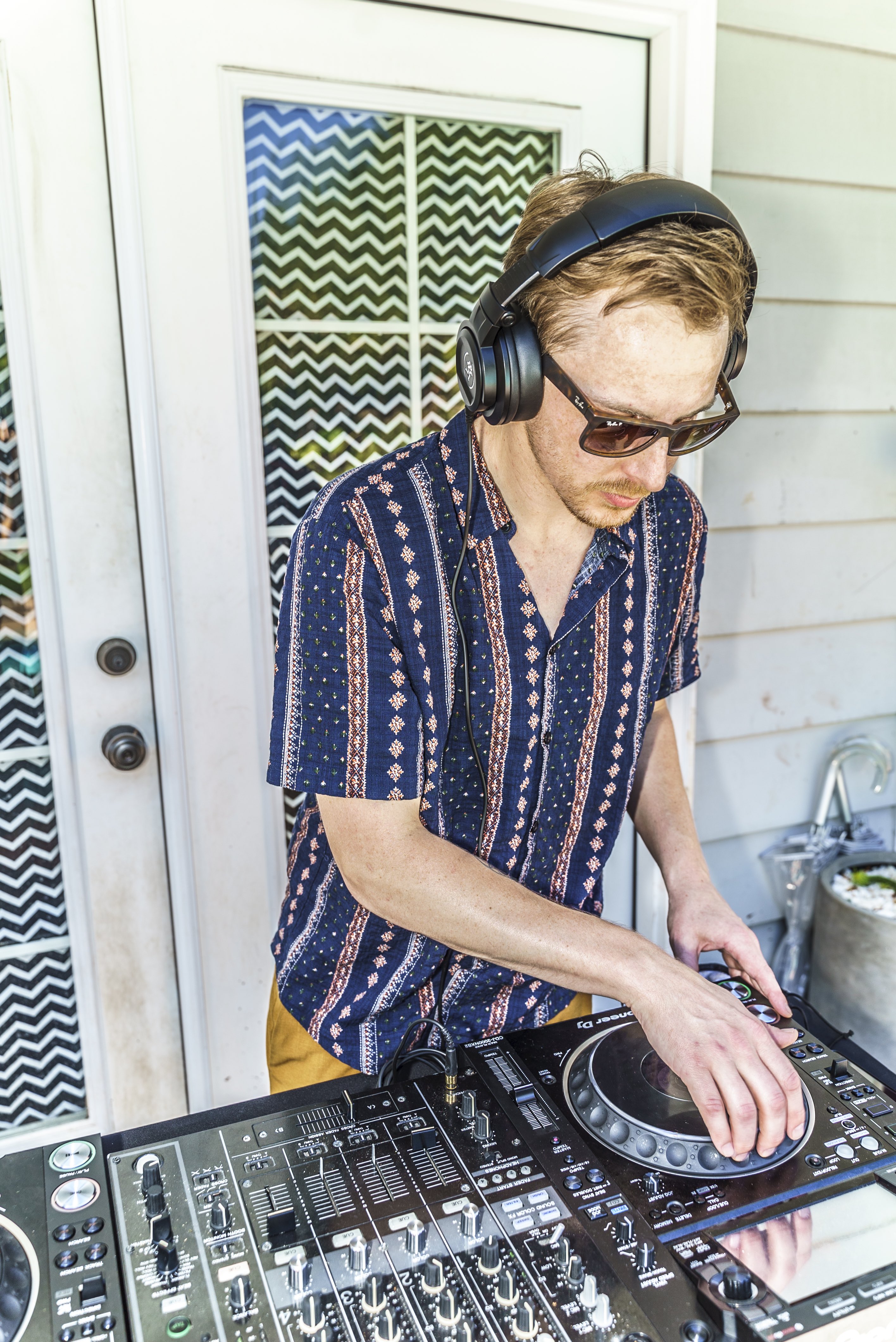 Benn Horne is an artist, producer, composer, and DJ from Los Angeles, now residing in Portland. As Founder of Pretty Ready To Dance Records, he has released a collection of cosmic house music and techno tracks curated to his brand, since 2019.

Collaborating with a wide range of artists such as Saw Tooth Wave and FNDO, he has been able to remix tracks across international borders and genres like house music, techno and deep house.

With his inspiration deriving from classic house, acid, techno, and ambient, Benn takes dancers on a journey through the cosmos. With a subtle touch, he is able to seamlessly blend genres in order to create something entirely new and fresh. 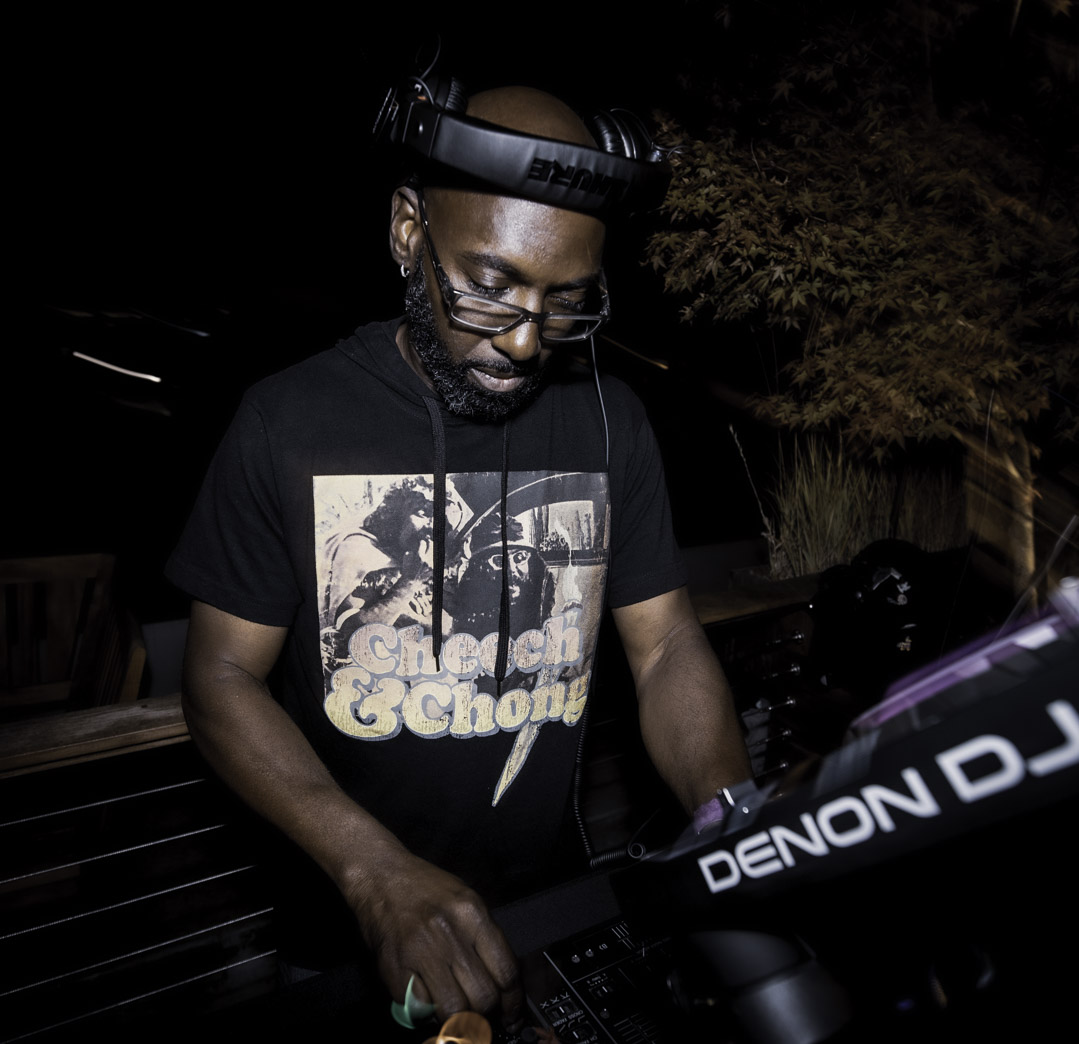 Cee White - a transplant from Chicago. Cee has been behind the deck for over 30 years and draws from his experiences playing disco, soulful house music.

His sets take the listener on a journey through deep house music, jazz, funk and of course disco.

Inspired and influenced by the Chicago house music scene his record collection represent the essence of house music.

As a vinyl DJ he enjoys feel and sound of vinyl records more than anything. 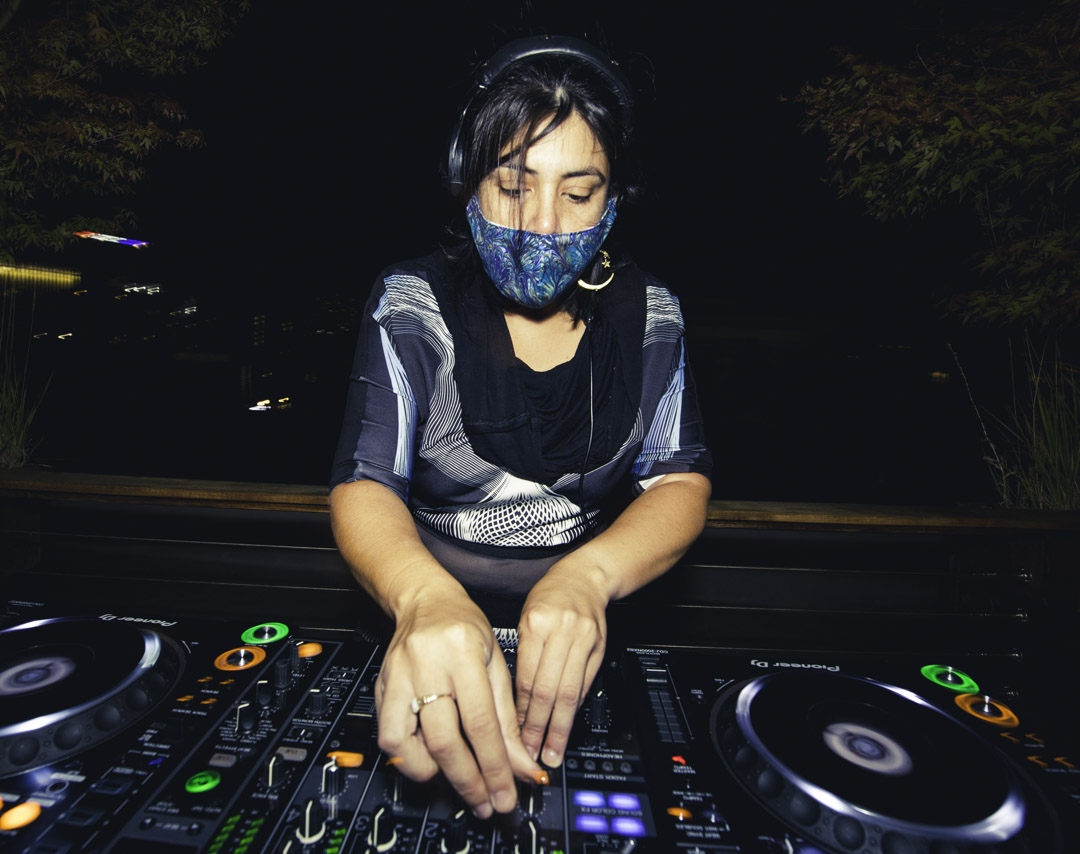 She began collecting records at the age of 19 and consistently attended shows to see house music innovators such as Cajmere, Paul Johnson, and Frankie Knuckles, perfecting their craft, on their home turf.

She consistently makes it her goal to honor her heroes by mixing them in with the extra spice of the new innovators with a dash of Latin flavor.

She advocates the inclusive attitude the community thrives on, because this is our house and our house music. 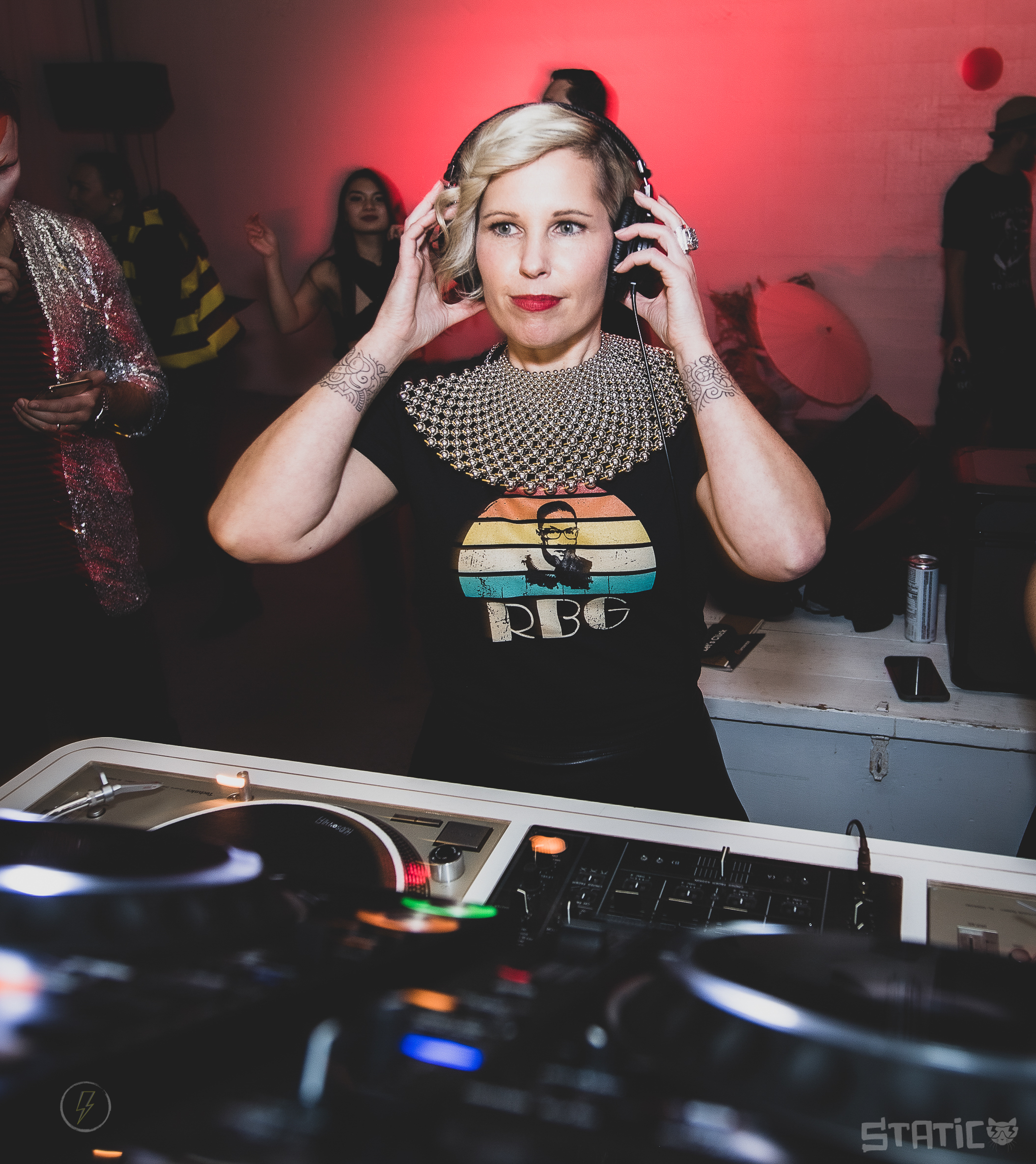 Portland DJ Krista Basis brings her signature bounce to sets that include house music, disco, tech and deep house, translating an intrinsic connection with music into her journey as a music selector for the dance floor.

Over the last couple of years she has become a fixture in the Portland house music scene. She has played at clubs all around Portland and festivals up and down the west coast.

When she’s not dancing behind the decks she’ll be shaking it with you on the dance floor to house music. 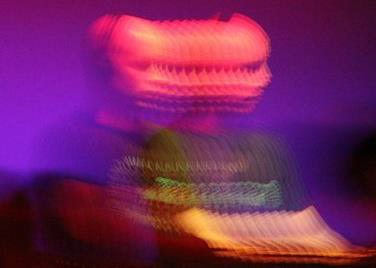 "Lincoln Up is one of those DJs who excel at several styles while possessing vast knowledge of both old and new releases. A serious student of electronic music who can throw down sets encompassing house, techno, garage, and many branches of bass music with enviable technical dexterity." “Lincoln Up has a PhD in Funknology.” - Dave Segal, The Stranger (Seattle) 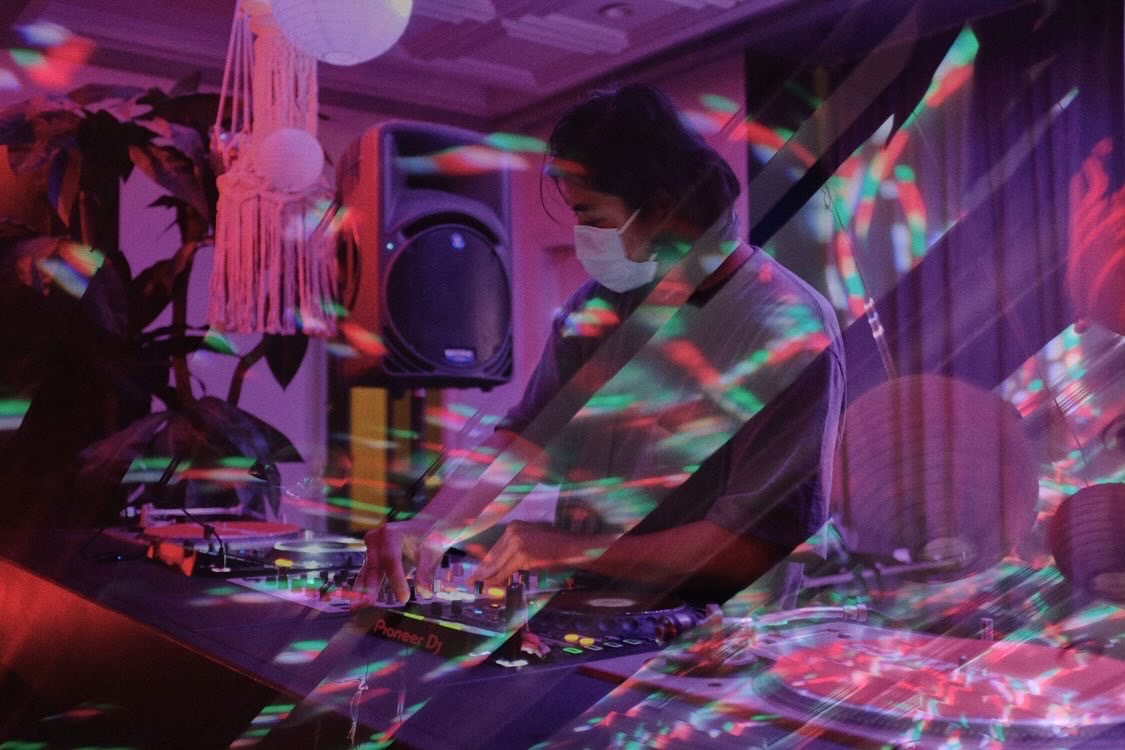 DJ Nolid is a Portland based DJ, and member of nonbinary, queer, trans and POC centered artist collective UwU.

Originally from Kaua’i, Nolid’s sound is an eclectic journey that traverses many genres.

Their sets can be described as a psychedelic catalyst to losing yourself with moments that are grounding and revitalizing. 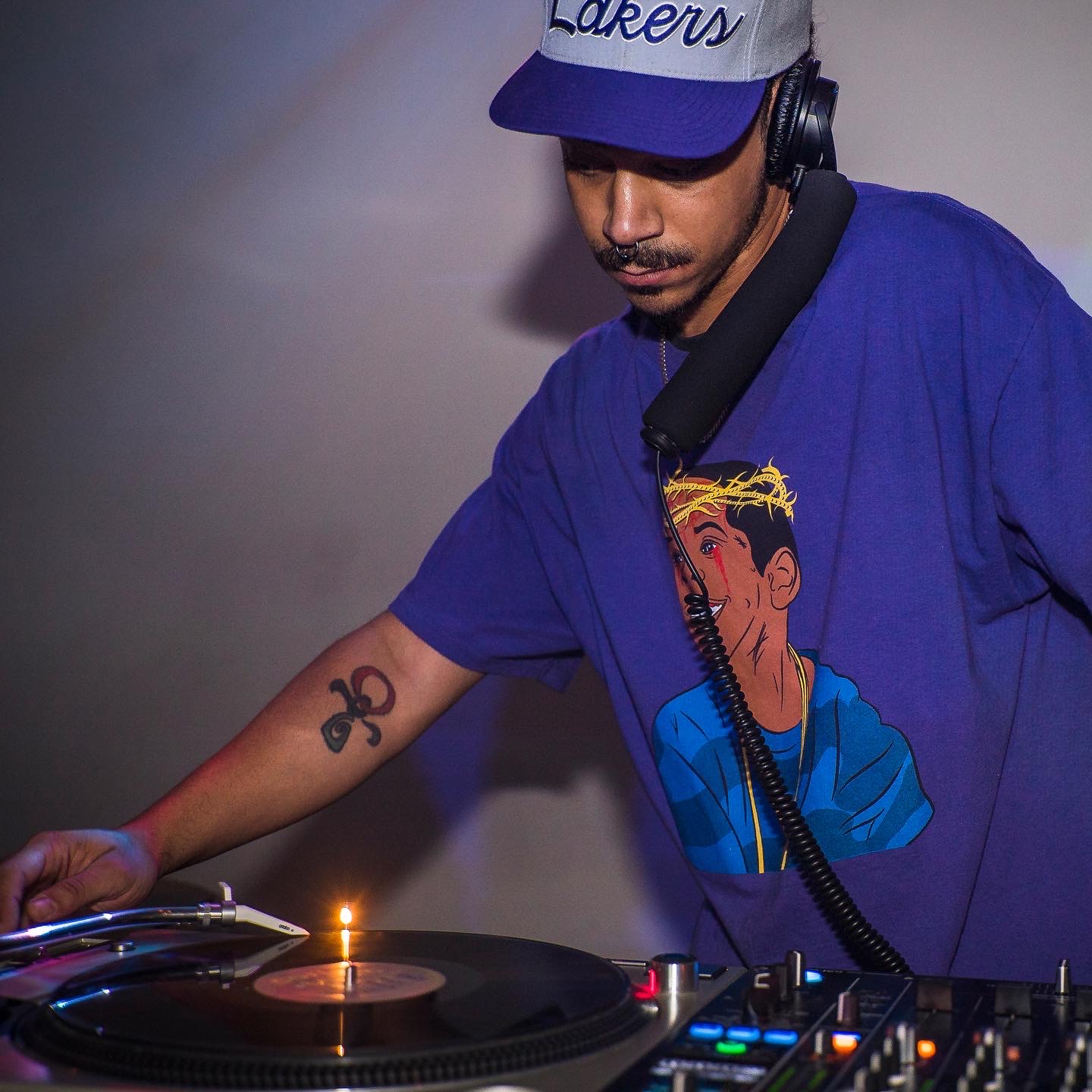 Floyd Vader is a House/Dance Music DJ, Producer & Musician, currently based in Portland, OR, by way of Virginia Beach, VA. Growing up, Floyd was raised in a very musically influenced family, which ranged from dancers to musicians. Floyd took up music at an early age, in the form of percussion, adding in guitar & bass, then eventually playing keys. 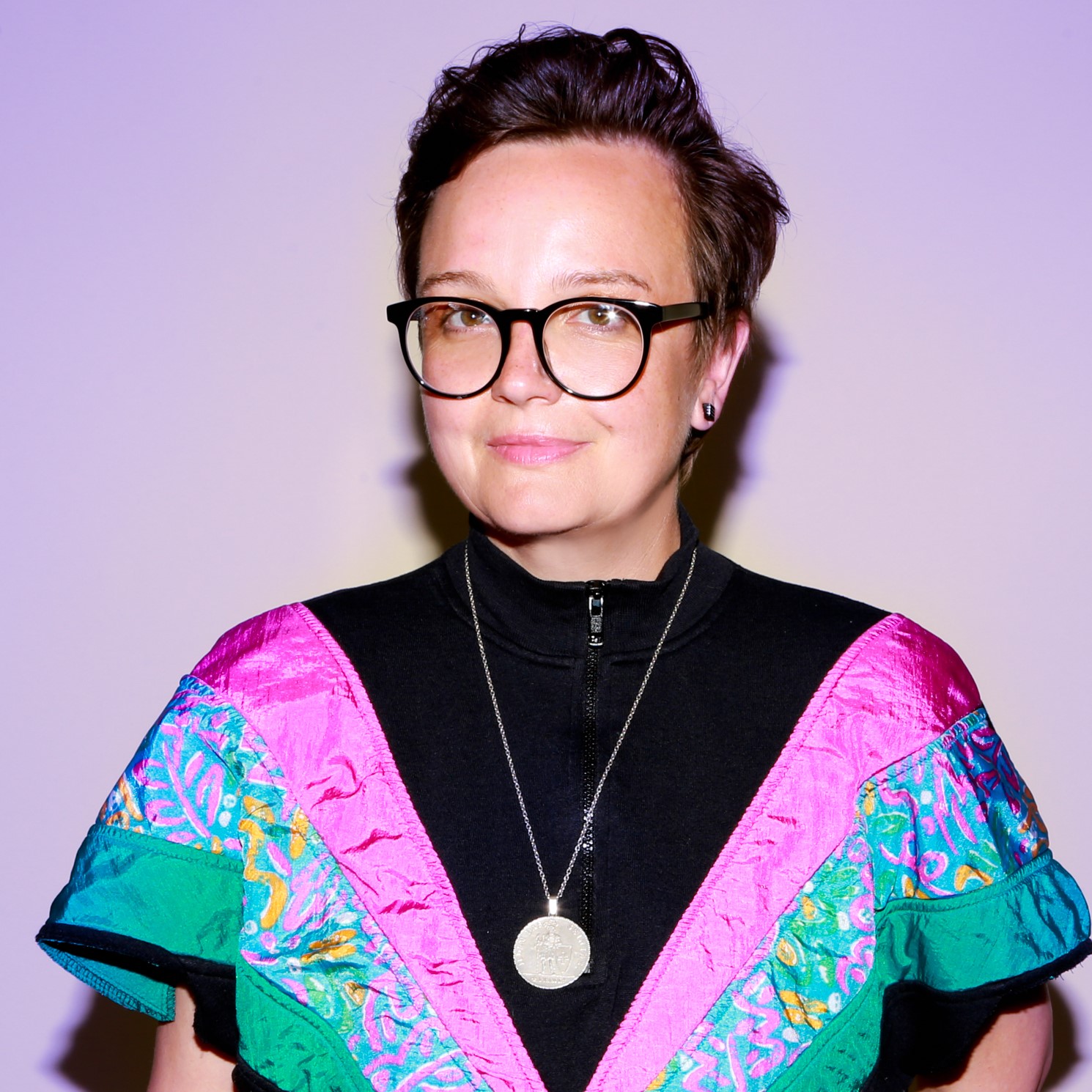 Sappho is a queer musical artist, event producer and co-owner of Koritsi Komma Records based out of Portland, Oregon. Harkening back to the most famous woman poet of antiquity, Sappho’s namesake has a strong connection to lesbian love and lady empowerment. Much like the fabled name that she built her base upon, she has often been the lone female voice amongst a sea of male creatives.

With over 20 years of involvement in the dance community, she is a mentor to queers and femmes in the craft of deejaying and a resource of underground nightlife culture.

She has been changing the status quo with her deep research, guided by precise, almost librametric, methods, branching into new forms and combinations that weave an intricate modern day poetry for a current generation of souls, freeing them, to dance, to love, to feel - the way only a perfect stanza of poetry could elicit. 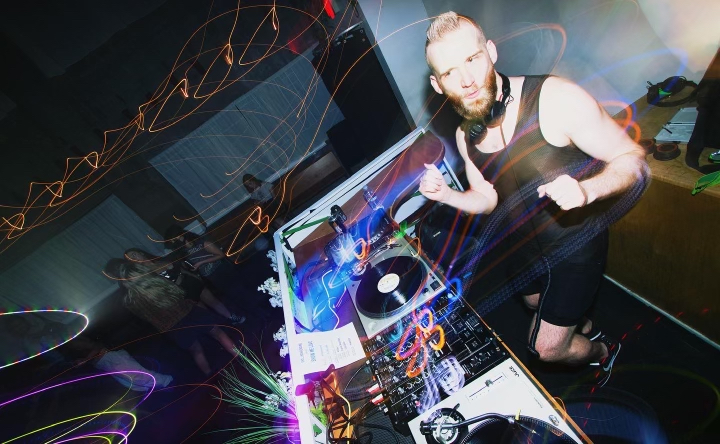 silversound plays deep dance music with a queer sensibility.silversound is the moniker of Portland, OR-based DJ and producer David Silver. After getting his start in San Francisco in the early 2010s, silversound relocated to Portland, OR, where his contributions to queer events include Opal Underground, NoFOMO, Show Me Love, Circuit Breaker, and The Gay Nineties. 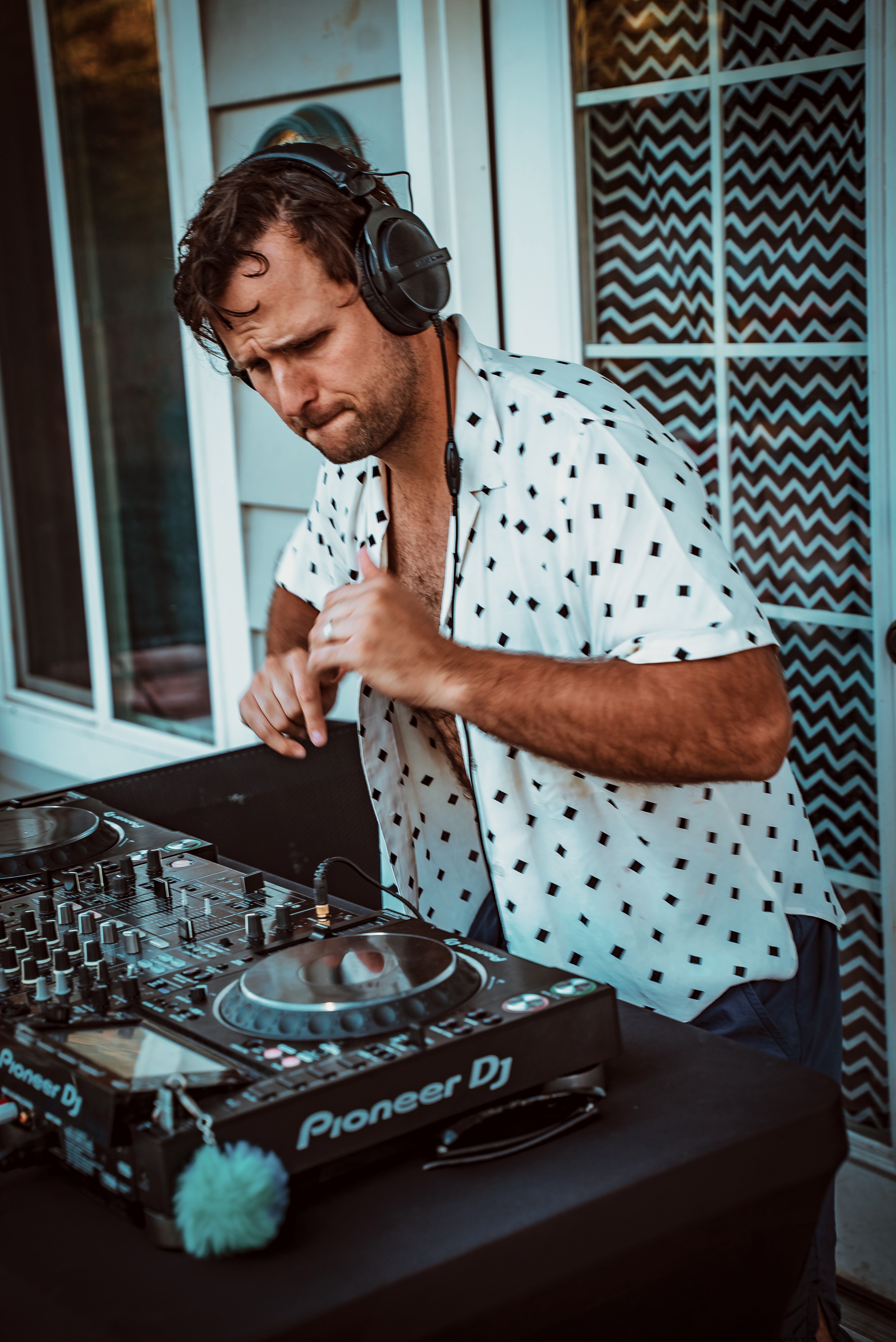 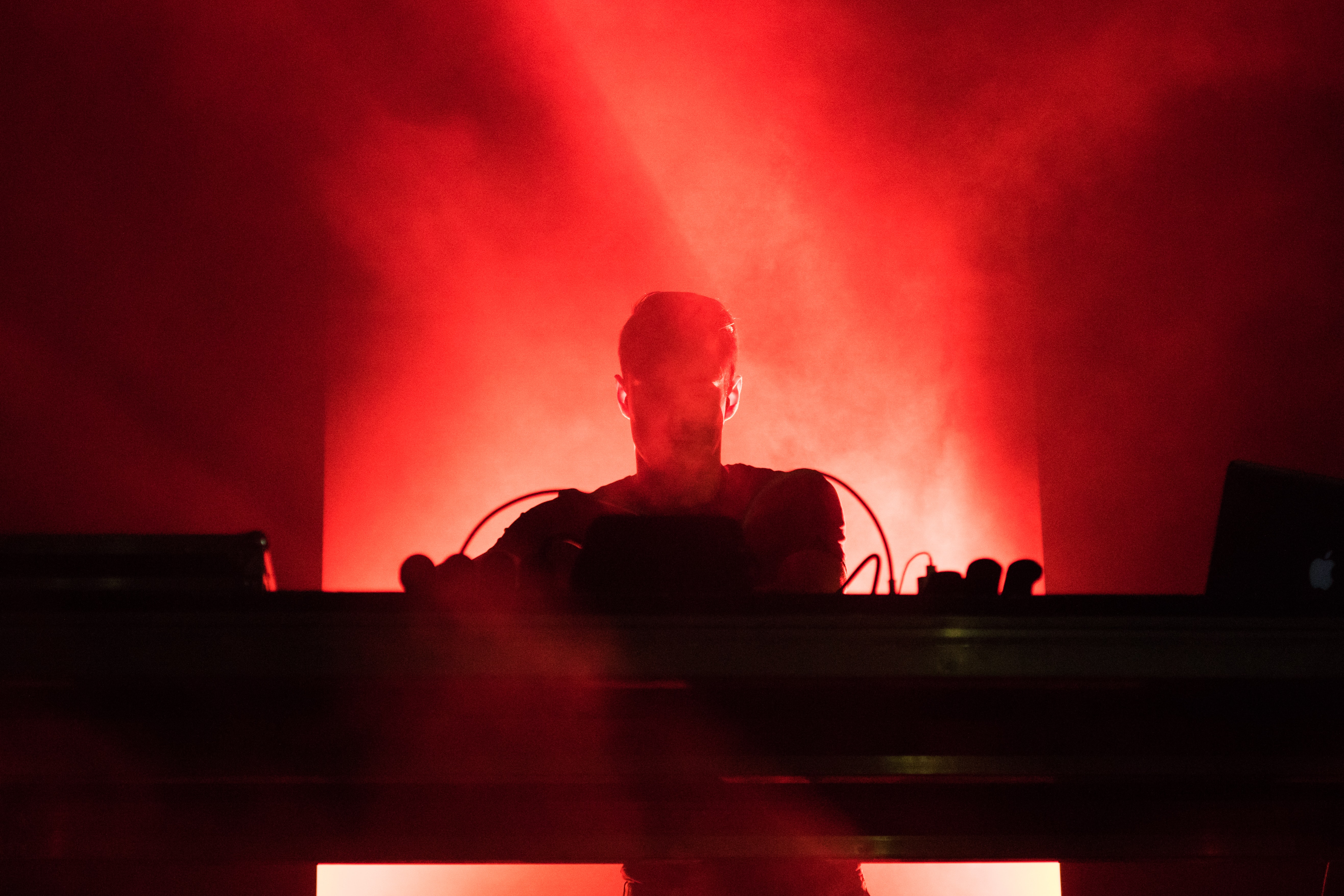